What is the future?

I have been somewhat curious about what was Roman Catholic church teaching on end times as I had never heard any Catholic I knew speak of these things. I had a general understanding that their view was amillennial so I wondered if the topic was considered to be important. To my great delight I have found a Catholic priest who is keen to teach the Catholic position and explain why the subject is important.

What about differing views?

There are some issues of the Christian faith that are life and death issues. If you do not accept them then it would be difficult for most Christians to accept that you are indeed Christian. An example is Mark 1:1.

1 This is the beginning of the good news of Jesus, the Anointed One, the Liberating King, the Son of God.

Belief that Jesus is the Son of God divides a Christian from for instance a Muslim who believes that God has no son.

Allah has no son

Some aspects of the Bible are viewed differently by various groups such as Biblical teaching on church government (Pope, self governing, elders oversight) and interpretation of end times as described in the Bible. It is possible to hold differng views and still be considered within the ambit of Christian. End times falls into three main headings;

Each view has its own sub divisions but the three headings refer to whether or not the view regards a literal 1000 year reign of Christ on earth as a future event.

And I saw an angel coming down out of heaven, having the key to the Abyss and holding in his hand a great chain. He seized the dragon, that ancient serpent, who is the devil, or Satan, and bound him for a thousand years. He threw him into the Abyss, and locked and sealed it over him, to keep him from deceiving the nations anymore until the thousand years were ended. After that, he must be set free for a short time.

Christians are generally agreed that Jesus came to earth as described in the gospels and that he will return as he promised but instead of coming as a Lamb to be sacrificed he will return as a king to reign on earth.

Specific things to watch for from Catholic teaching as outlined by the priest in the video above:

Father Chris Alar explains that the first two of these events have at least partially been fulfilled but the remainder are still in the future. 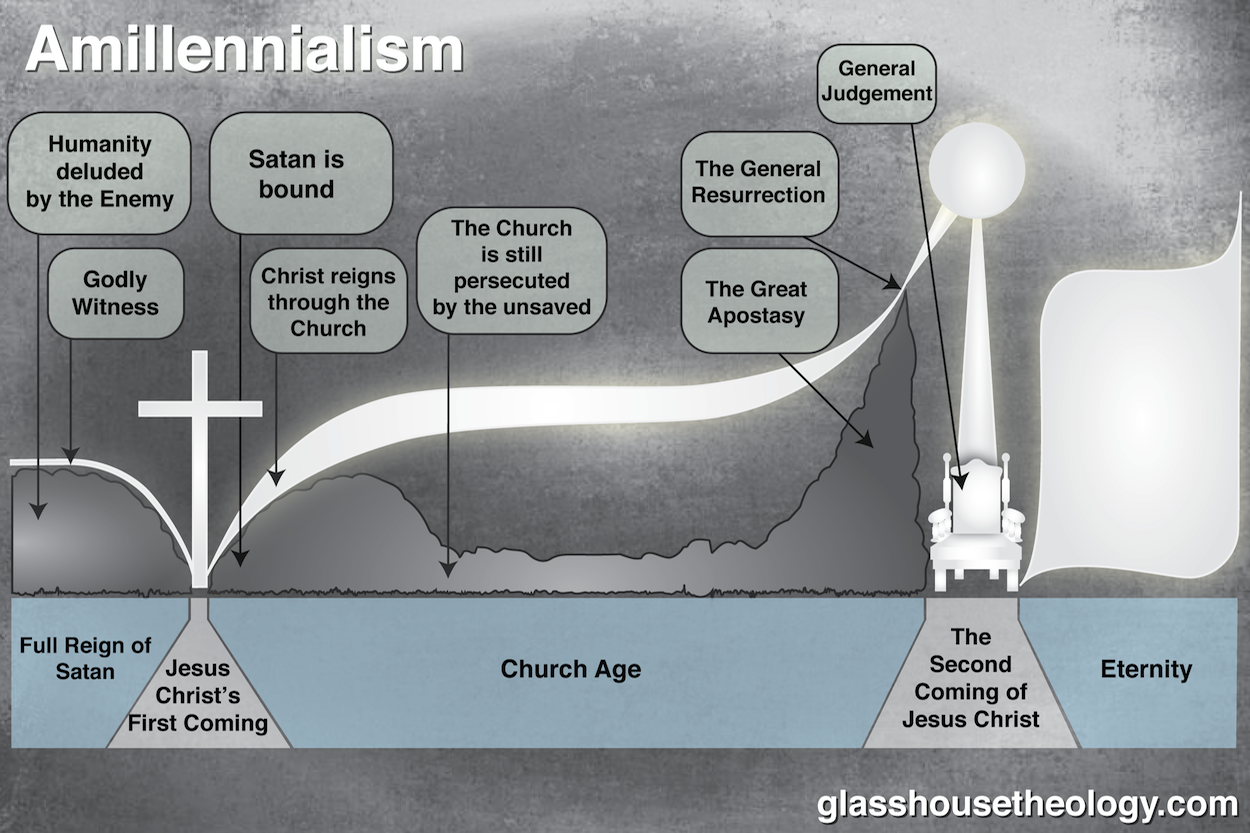 What Catholics (and Others) do Not Believe

The Rapture or Appearing

16 For the Lord himself will come down from heaven, with a loud command, with the voice of the archangel and with the trumpet call of God, and the dead in Christ will rise first. 17 After that, we who are still alive and are left will be caught up together with them in the clouds to meet the Lord in the air. And so we will be with the Lord forever.

While there is much to commend in Fr Chris Alar's explanation of Catholic teaching and I find a great deal in common with his views, one problem I find is that there seems to be no explanation for the need for the events described. I tend to look for some logical thread or explanation for events as things do not happen in isolation or without a reason. I write these words with an element of caution because I have not listened to an extensive amount of Fr Alar's teaching so I may yet come across some explanation.

Biblical Overview of the World

A narrative that makes sense

27 Isaiah cries out concerning Israel: “Though the number of the Israelites be like the sand by the sea, only the remnant will be saved. For the Lord will carry out his sentence on earth with speed and finality.”

15 I will go, I will return to my place, until they confess guilt and seek my presence. When they are in distress, they will turn to me: