You crazy Galatians! Did someone put a hex on you? Have you taken leave of your senses? Something crazy has happened, for it’s obvious that you no longer have the crucified Jesus in clear focus in your lives. His sacrifice on the cross was certainly set before you clearly enough

Paul in his letter to the church at Galatia gives a long list of the fruits of the flesh and contrasts them with a short list of the fruits of the Spirit. Clearly he was dealing with a church that practiced the first list as much as the second. There are quite a number of these items in the first list that believers would have no trouble recognising as sinful, some that seem less terrible or even normal, and some that seem to relate to people outside of the church rather than in it. Witchcraft might fall into that last category.

19 Now the actions of the flesh are obvious: sexual immorality, impurity, promiscuity, 20 idolatry, witchcraft, hatred, rivalry, jealousy, outbursts of anger, quarrels, conflicts, factions, 21 envy, murder, drunkenness, wild partying, and things like that. I am telling you now, as I have told you in the past, that people who practice such things will not inherit the kingdom of God. 22 But the fruit of the Spirit is love, joy, peace, patience, kindness, goodness, faithfulness, 23 gentleness, and self-control. There is no law against such things. 24 Now those who belong to the Messiah Jesus have crucified their flesh with its passions and desires. 25 Since we live by the Spirit, by the Spirit let us also be guided.

I should add that this Scripture (or at least part of it) is widely considered a hate crime in Australia. 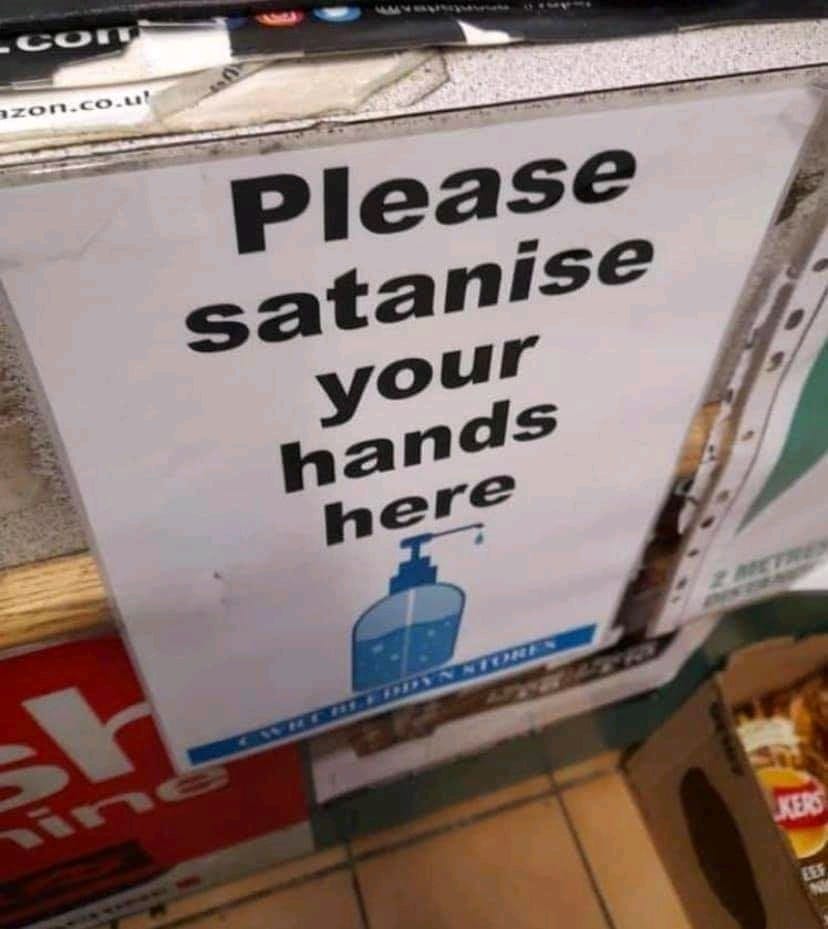 Is there witchcraft in the church?

Why do translations use the word witchcraft in Galations 5:19?

The word used in Galatians 5:19 is pharmakeia from which we get our words for drugs and pharmacy. To make good sense of these verses therefore we need to have some understanding of the context in which they were written otherwise we might fall into an understanding that taking medicine is sinful and that we can expect to see broomsticks and pointed hats at church. The western world is awash with the occult, witchcraft, sorcery and divination but is often unaware of the connection with evil, or sees these practices as entertainment, recreation or exercise.

Some definitions will be helpful.

hidden - as in secret knowledge known only to those who are initiates or insiders - espouses the idea that there is a source of power to be gained from having knowledge that is unavailable or unknown to others. The occult takes three main forms.

Todd Bentley and others

I have heard the description of a Jezebel spirit more times than I can remember. Jezebel is strongly associated with witchcraft. What were the reasons for this? Jezebel was the daughter of the king of Sidon who married the king of Israel to guarantee a peace treaty between the two kings. She introduced her gods into Israel by bringing 800 priests of Baal with her and by killing the prophets of the God of Israel. She used her influence to control king Ahab, to convince him to take Naboth's vineyard and generally get whatever she wanted. 1 Kings 16

31 Then, as if following the sin of Jeroboam son of Nebat were a trivial matter, he married Jezebel, the daughter of Ethbaal king of the Sidonians, and then proceeded to serve Baal and worship him. 32 He set up an altar for Baal in the temple of Baal that he had built in Samaria. 33 Ahab also made an Asherah pole. Ahab did more to provoke the Lord God of Israel than all the kings of Israel who were before him.

A young beautiful female college student fell in love with an ordinary looking male in the same college. Many guys in college were crushing on her and wanted to date her yet she chose this particular guy who stood out for her, and even declined some of the richer boys who tried to court her. Their relationship grew stronger day by day. But, the thing was that she had a best friend who happened to like the same guy she was dating and her best friend never told her about it. Jealousy and bitterness grew steadily within her best friend as she plotted something evil to break the two of them up, so she could have the guy for herself. She started spreading rumors in school that the girl was being promiscuous and slept with many guys, even going to the extent of leaking her nude pictures. Eventually, the beautiful young female’s relationship with her boyfriend ended because of that.

I found this story on Quora

The above story demonstrates witchcraft at work. Witchcraft has a goal of domination, of achieving your goals at the expense of others. It uses two main words-based techniques - Manipulation and Intimidation.

Using words and actions to bring about control. You will see this at work in a young child, even a baby, trying to assert its will over the mother. I see Meghan Markle using this technique in her relationships with father, friends and even the British royal family.

For those who have strength but little ability with words, intimidation with actual or threats of violence is used to overpower those who stand in the way of them obtaining what they want. Johnny Depp Amber Heard

Witchcraft is using words as curses to cause or wish harm or to gain control over something. Absolam, the son of king David, would hold an open forum to listen to anyone with a complaint. His response was always along the lines that "If I were king I would do something to help you". He manipulated people's sense of grievance to create an atmosphere of rebellion until he had sufficient support to drive out his father.

After this, Absalom got a chariot and horses for himself and fifty men to run before him [C to signal his power and claim of heir to the throne]. Absalom would get up early and stand near the city gate [C the hub of the town for judicial, business, and social interaction]. Anyone who had a ·problem [suit; petition; case] for the king to ·settle [judge] would come here. When someone came, Absalom would call out and say, “What city are you from?” The person would answer, “·I’m [L Your servant is] from one of the tribes of Israel.” Then Absalom would say, “Look, your claims are ·right [sound/valid and just], but the king has no ·one [representative; deputy] to listen to you.”

In France in 1572 Queen Catherine de' Medici, the mother of King Charles IX, instigated the St Bartholmew Day massacre, a wave of Roman Catholic mob violence against Protestant Huguenots which resulted in the deaths of an estimated 5,000 to 30,000 people and largely suppressed the growth of the Protestant churches in France. The Protestants were brought to Paris to attend a wedding and the Queen incited the mob to attack and kill them. St Bartholomew Day Massacre

In Australia (and France) there is a huge problem with termites (white ants) eating timber within houses, causing destruction and expense. The problem seems small and insignificant at the beginning but if allowed to continue will cause the house to collapse. Azuza Street in Los Angeles had a revival in 1906 that influenced the world but it was undermined by the actions of three leaders within the church. Azuza Street

We can see here how manipulation and conflict brought about a loss of authority, a loss of revenue and a loss of church members for Azuza Street.

Don’t practice any kind of witchcraft.

There can hardly be a pastor who has not experienced a member or two of his church telling him how he needs to run the church and telling more than a few other people besides. Witchcraft needs to be called out for what it is as it likes to hide under the cover of reform, working to be constructive and other euphemisms.

As a Christian if you are aware of your own manipulative, controlling, intimidatory behaviour recognise it for what it is and repent of it. You may need to ask for forgiveness from those you have offended as well as asking God for forgiveness. Witchcraft is rebellion against God because it seeks to usurp God's authority by undermining the power of the cross of Calvary and cause people to use demonic or human power to deal with issues of life. It is demonic in inspiration and appeals to personal desire for power.

18-23 “Write this to the angel of the Church in Thyatira: ‘These are the words of the Son of God whose eyes blaze like fire and whose feet shine like the finest bronze: I know what you have done. I know of your love and your loyalty, your service and your endurance. Moreover, I know that you are doing more than you did at first. But I have this against you, that you tolerate that woman Jezebel who calls herself a prophetess, but who by her teaching deceives my servants into sexual immorality and eating idols’-meat. I have given her time to repent but she has shown no desire to repent of her immorality. See, now, how I throw her into bed and her lovers with her, and I will send them terrible suffering unless they repent of what she has done. As for her children, I shall strike them dead. Then all the Churches will know that I am the one who searches men’s hearts and minds, and that I will reward each one of you according to your deeds.

14 You are tempted by the evil things you want. Your own desire leads you away and traps you. 15 Your desire grows inside you until it results in sin. Then the sin grows bigger and bigger and finally ends in death.

Witchcraft's ultimate goal is to hide the victory of Calvary from those within the church in order to make them ineffective.


Marching ants by hybridnighthawk on Unsplash